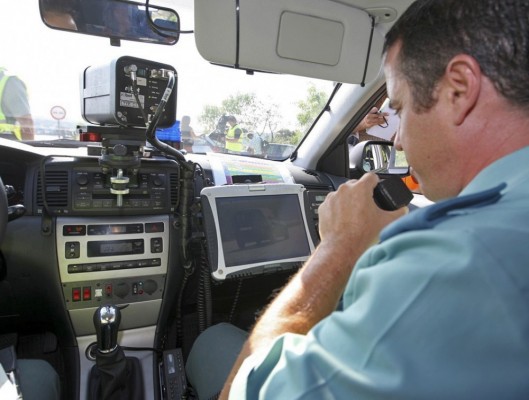 This article is about how classic traffic radars works, keep reading to find out everything you need to know.

How do police radars work?

A typical radar speed measuring device is a Doppler radar unit that may be hand-held, vehicle-mounted, or static. Traffic radar units send out a wide radar beam that’s similar to an invisible spotlight. The radar beam widens as it travels, and measures up to several hundred meters. So a traffic radar unit simultaneously “sees” virtually all cars in sight. The radar beam hits oncoming cars and is reflected back to the radar unit, which can calculate speeds from those reflections. Radar can be used from a police car that’s either stationary or moving since it does not require precise aiming to clock traffic speeds. There are also handheld units that can be operated from a car, motorcycle, or an officer standing at the side of the road.

The most used radar bands in Europe are K-band, Ka-band and low powered 3D radars such as MultaRadars, GATSO or RedFlex radars. Modern 3D radars are very hard to detect and only high-end radar detectors have a chance. GENEVO detectors are very successful at not only detecting these types of speed radars but also at filtering potentional false alerts from similar sources.

Detection range comes hand in hand with false alert filtering since these bands are shared with many different sources such as automatic doors at gas stations, active cruise controls, or blind spot monitoring systems. Therefore we focus not only on detection range but also on high-quality filtering, which leads to no need to slam on the brakes every time they are passing the gas station, or a modern vehicle. No false alarms - no stress. How radar detectors work can be found here.